Skip to content
Home/Political Theory/No Politics, No Religion?: How America’s Code of Conduct Conceals Our Unity

No Politics, No Religion?: How America’s Code of Conduct Conceals Our Unity

“No politics, no religion” It’s common advice to avoid these topics in friendly conversation due to their tendency to divide people.
But in No Politics, No Religion? Gregory Harms argues that this approach is politically dangerous. In fact, confronting difficult ideas is just what America needs. It will allow us to discover that our much-talked-about polarization is actually only superficial. We’ll see that Americans are far less divided than we are commonly led to believe, how similar many of our fundamental views are, and how much can change if we start really talking to each other.
Supported by recent research in psychology, neuroscience, and evolutionary biology, and informed by the history of philosophy, Harms builds a case for an optimistic view of human nature and society. In clear and accessible terms, Harms shows how 21st century science is now confirming the Enlightenment view of humanity – that we are not primarily competitive, sinful, and violent, but cooperative, sympathetic, and innately concerned with fairness.
The story told here is fascinating – Enlightenment philosophy and modern science making parallel, positive reevaluations of human nature. And a timely one, too – reminding us of the potential we have for working together and pointing toward the possibility of healthy public debate.

Americans are told that they are divided and polarized, but is it true? No Politics, No Religion? put this proposition to the test – with surprising results.

“No politics, no religion” is a common saying that discussions of politics and religion should be avoided at the dinner table or social gatherings due to their tendency to divide people. But in No Politics, No Religion? Gregory Harms argues that this is absolutely wrong. These are precisely the topics we should be discussing… and the topics which most clearly point to the deep level of agreement in American society that is often overlooked in favor of surface-level polarization.

In clear and accessible terms, Harms lays out evidence from philosophy, science, history, and contemporary polling data, that debate of politics and religion can lead to greater agreement and more civil discourse. In the history of philosophy, there was a change in the Enlightenment away from the ancient thesis that “humans are prone to sin” towards a more optimistic understanding of human nature. And as Harms demonstrates, this same pattern is repeated in twentieth and twenty-first century primatology, evolutionary biology, neuroscience, and psychology. Current research is throwing out the older view human nature is a thin civilized veneer wrapped over a dark primal core, in favor of a picture very much like that of the Enlightenment philosophers, where sympathy, pity, cooperation, and the desire to be loved are central to our being.

Importantly, this story has direct consequences for American politics. Americans are bombarded with the message that they are divided. But it turns out Americans are in far greater agreement than they are told. When we follow the insightful account that Harms provides in No Politics, No Religion?, we see overwhelming agreement. America is not divided. And talking about politics and religion can help bring that into focus. 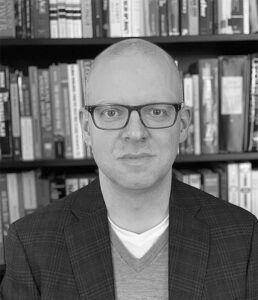 Gregory Harms is a scholar specializing in US foreign policy and the Middle East. He teaches philosophy with a focus on moral and political philosophy, gives public lectures, keeps a blog, and publishes articles on CounterPunch, Truthout, Mondoweiss, and Juan Cole’s blog, Informed Comment. Harms has traveled throughout Israel, the West Bank, and Gaza, and has been interviewed on BBC Radio.

His first book, The Palestine-Israel Conflict: A Basic Introduction, 4th ed. (Pluto Press, 2017), is a brief and general summary of the conflict, written for students and the general reader. The first edition (2005) was selected as a Choice Outstanding Academic Title.

Harms’ second book, Straight Power Concepts in the Middle East (Pluto Press, 2010), is an examination of US regional policy in the context of US-Israeli relations.

It’s Not about Religion (2012), his third title, published by actor and activist Viggo Mortensen’s Perceval Press, addresses the common question of religion concerning Middle Eastern instability. It’s Not about Religion was selected as a finalist for Adult Non-fiction in 2013 by the Chicago Midland Authors Society.