Skip to content
Home/History, Pop Culture/Our Jimi: An Intimate Portrait of Jimi Hendrix through Interviews with Friends and Colleagues

Our Jimi: An Intimate Portrait of Jimi Hendrix through Interviews with Friends and Colleagues

“Prewett has reinvented the rock biography through his immersive, entertaining interviews with key players…this is a triumph.” –Plastic EP

Personal moments with Jimi are recorded here in telling detail: You’ll travel with Jimi Hendrix from his first moments at the Café Wha to his last night in London. In the pages of this book you’re given access to Jimi’s inner circle. You’ll sit next to Jimi on the plane to Monterey, jam with him in London and Greenwich Village – and join him on stage at Woodstock.

Many of these stories have never appeared in print or film before. There are surprises in store.

Jimi’s friends reveal him as a genuine human being, quite separate from his stage persona. Joking around backstage and in the studio. Having Jimi over for Christmas dinner. Go-Karting with a grandmother in Majorca. These are moments that are often brushed over – but they allow us to delve deeper into Jimi’s character.

This is as close as it gets to spending a few hours in the company of Jimi Hendrix.

Paperback, 288 pages | ISBN: 9781895131536
$29.99
Due to supply chain disruptions during COVID, print orders may take longer than usual to ship. We are currently including a free eBook with all orders of print editions.

eBook | ISBN: 9781895131543
$9.99
Digital edition includes both PDF (to preserve the groovy formatting) and ePub (for full use of scaling text and other features in e-readers).
Digital files are available for download immediately on the checkout confirmation/order received page of the website. The download links and password if applicable will also be emailed to you for future reference. Note, this email is separate from the receipt/order confirmation email, and sometimes is delayed and/or gets flagged as spam. Please contact us if you need a new download link. 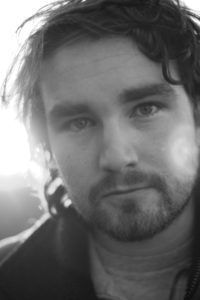 Aidan Prewett is a documentary filmmaker and author with a focus on music and politics. His other books include To Know John Lennon and Woodstock at 50: Anatomy of a Revolution. Prewett’s films often feature a strong music focus, from the historical Me and the Devil Blues, about the legendary Robert Johnson, to the ‘60’s rock/politics documentary A Venue for the End of the World and the aural addiction of Me, Myself & iPod. His non-music documentaries include Selected Works of Uncle Neill and most recently The Trump Antidote. Prewett’s films have been shot on location across the globe and feature a host of entertainment luminaries.